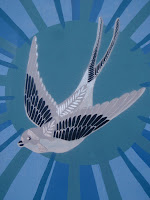 Theres these 2 non-windows on the toilets in the car park outside my house, and this morning my birds landed there...
I don't think they're quite finished but who knows when that will happen. 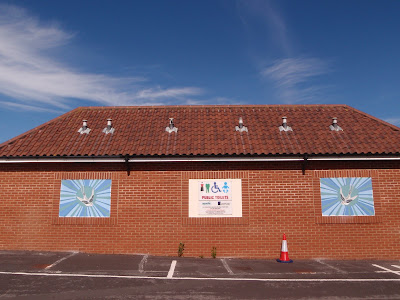 My dad makes music.
He has a new band.
It's called 'The Nest'
It's a little bit odd, but i like it.

there is also Bohren und der Club of Gore.....
of which you can find much stuff on the internet;

A wonderful day in a beautiful studio with my fabulous friends Charlotte and Terry. 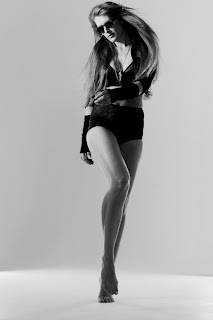 Photo's by Charlotte Bibby
shot at
www.ikonstudios.com
with thanks to Terence Donovan

Fire, water, the Tor and one seriously Hot Chick.
On the Queens Jubilee, Minowa Norton is our Beacon of Light! 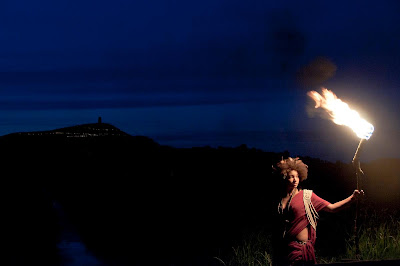 WERE IN THE PAPER!

So, yeah, me and soph got our painting in the paper.
Not bad, eh?! 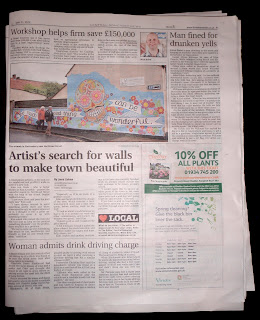 This is what it says;


A Glastonbury artist is on the look-out for vandalised and graffiti'd walls in need of a new look.
Kim von Coels - who is better known as Kim Krumble - painted the colourful mural in Northload Street with the help of her friend, Sophie Goddard-Jones.
"I live very close and pass the wall everyday" Kim said. "I have always wanted to paint something pretty there and when some massive ugly squiggles appeared on it, I thought it was a great opportunity to cover it up with something better."
Kim asked who owned the wall and was told that as long as she painted 'something pleasant' over the graffiti there wouldn't be a problem.
"We had to come up with something that would be fun, unnoffensive, and friendly, so that no-one would complain," said Kim. "Especially as it is on route to a primary school."
Kim and Sarah (*also known as SOPHIE!!!!!) sketched the design of the idea, which features a Mae West quote, before starting work on the wall. "It took us about a week because we had to fit it in around our work and other commitments, and luckily the weather was great," said Kim "Nobody paid us, and I supplied the paint myself. "I did it because I think it makes the place where I live more beautiful, and therefore makes me happy, and hopefuly others, too."
Kim, Sophie and another, anonymous artist have also recently finished work on another mural outside the rear entrance to St John's primary school. "I would really like to spruce up other parts of the town in the same way but I have to find some time, some spare paint and a wall that isn't going to get me into trouble," Kim said.
If you have a wall in Glastonbury that needs sprucing up, you can contact Kim through www.thekrumbleempire.com.

Cacti for my Mother

My mum wanted to 'refresh' the wall in her courtyard, so I made a start on a big homage to her cactus garden in honour of her 55th birthday.

It went from this:
(painted by me and faye about 5 years ago, and looking a bit worse for wear) 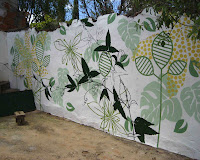 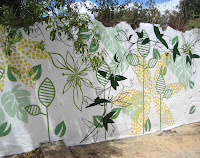